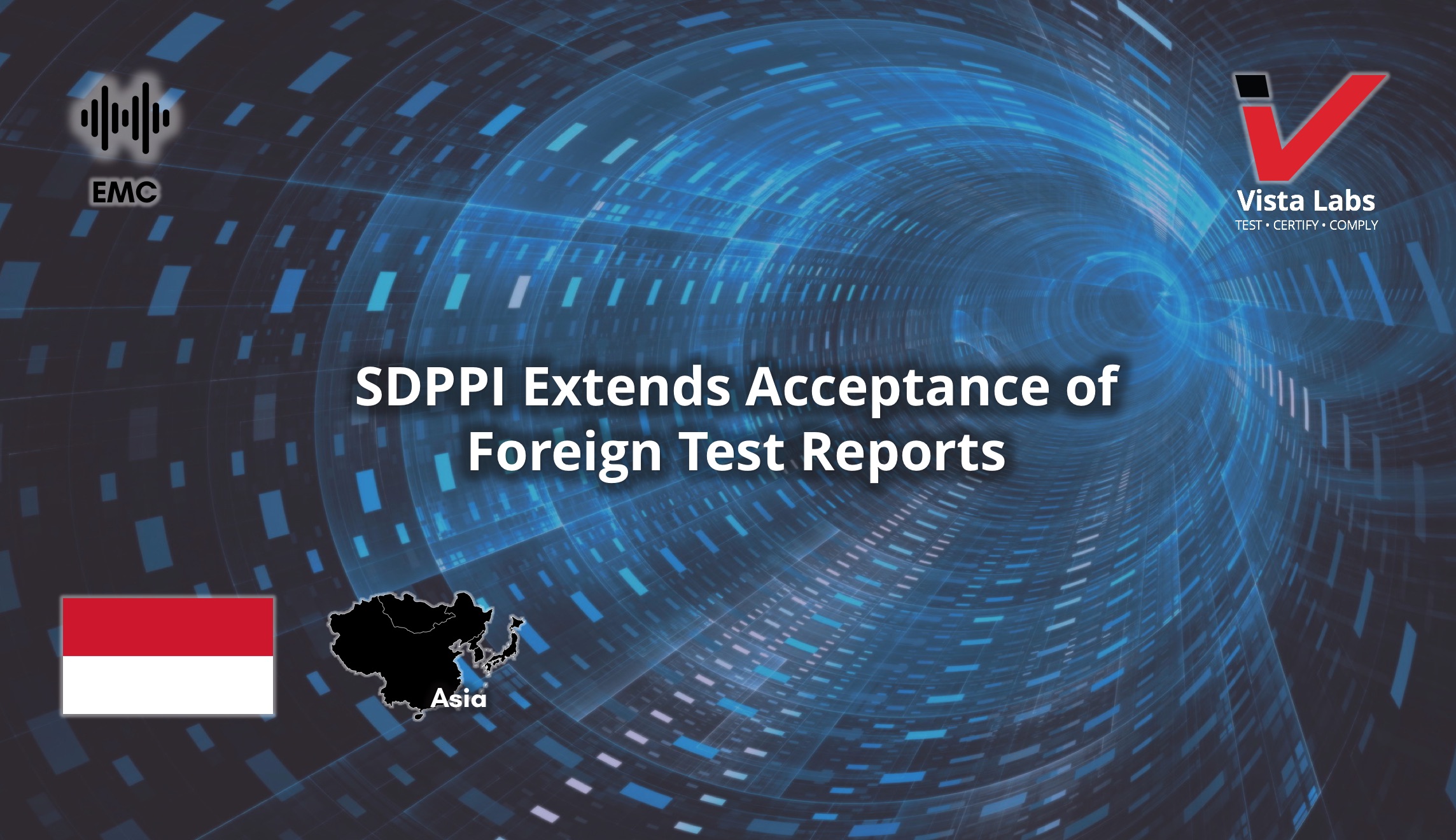 The regulatory body of post and telecommunications of Indonesia, SDPPI, is extending the acceptance of EMC test reports from labs that are not in their recognized labs list.

SDPPI has a "List of Foreign Test Centers" from which they originally planned to exclusively accept foreign test reports from, starting December 31, 2018. Since then, they have extended their policy of accepting foreign EMC test reports multiple times due to a large queue of testing to be performed in the local test laboratories. Acceptance of these foreign test reports, which are issued by test labs that are not listed in SDPPI-recognized foreign testing labs list, is extended until March 31st, 2019.

This decision was made due to the local labs in Indonesia currently operating over capacity, as well as the main calibration center not having completed equipment calibrations.

This applies only to EMC test reports, so RF test reports must still be issued by SDPPI recognized test laboratories.

Even so, the following requirements are still necessary for an EMC test report to be accepted: