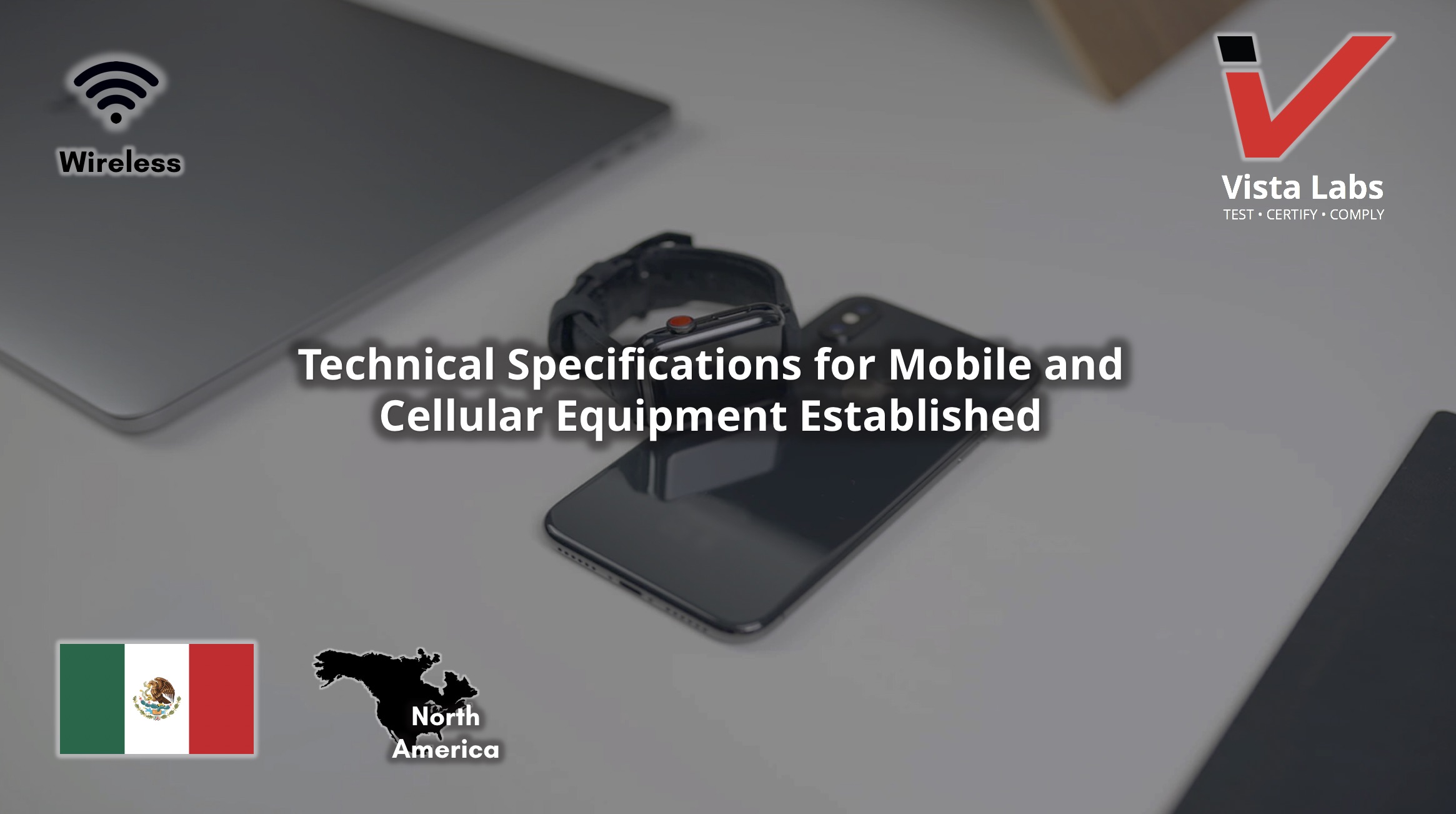 New certifications to the standard will be possible once labs and certification bodies have completed their accreditation.

The structure of this Official Mexican Standard responds to the needs in compliance with the security requirements for electronic equipment sold within the territory of the United Mexican States.

The Federal Telecommunications Institute (or IFT, for Instituto Federal de Telecomunicaciones) issued both the testing requirements and NOM-221. The IFT, sometimes referred to as IFETEL, regulates Mexico’s telecommunications and broadcasting services.

Usually testing requirements are issued after a new or updated NOM is announced, but in this case the order was reversed.

IFT-011 part 2 will also check to ensure that certain products (specifically those used close to the ear, such as cellphones, tablets, and laptops) can operate in band 28 of the radio spectrum (700 MHz).