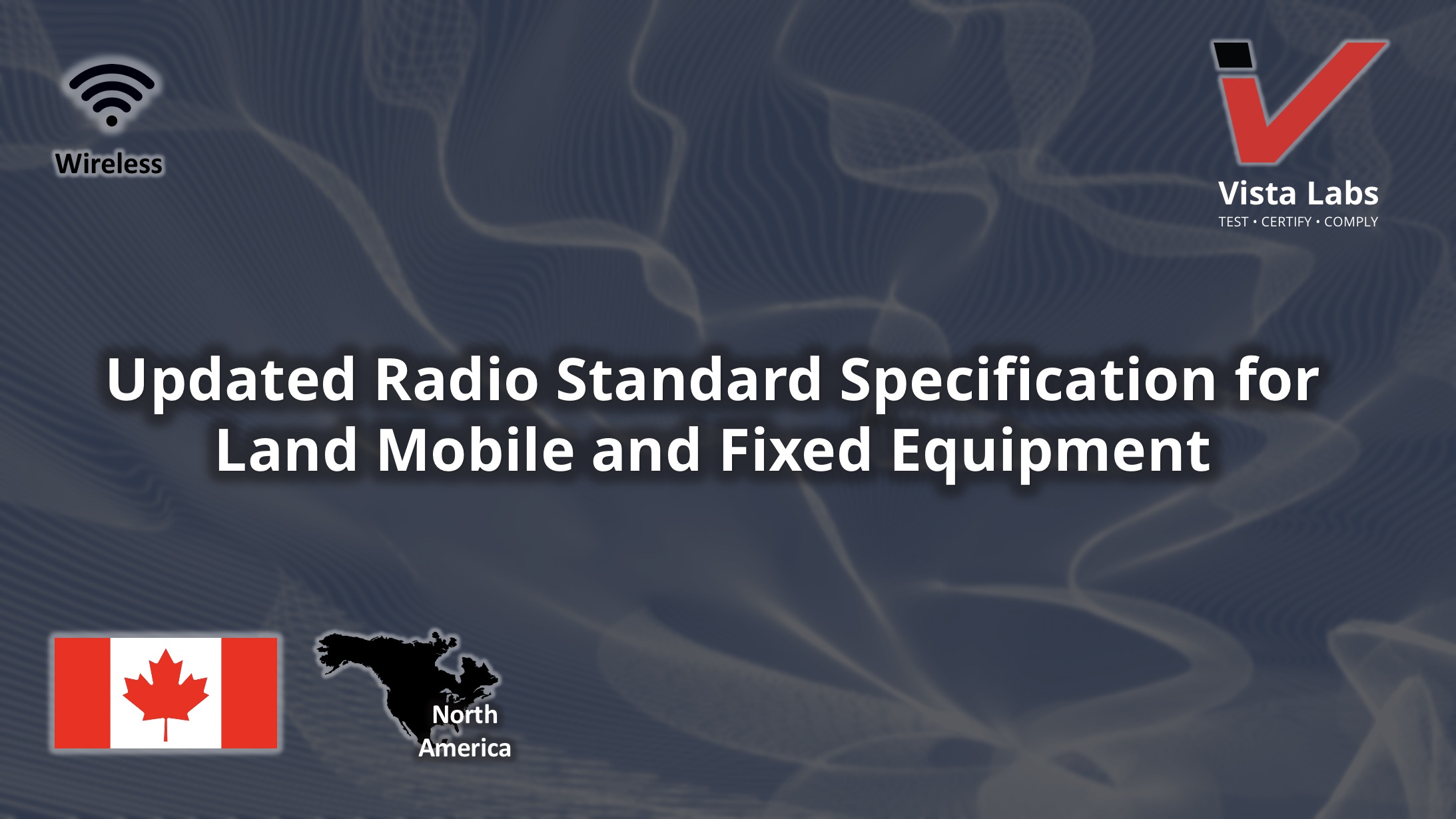 The Department of Innovation, Science and Economic Development (ISED) of Canada released a new issue of RSS-125 for land mobile and fixed equipment operating in the range 1.705-30 MHz.

The main changes are as follows:

There will be a transition period of 6 months after the publication date in which certification of equipment under RSS-125, issue 3, or issue 2, will be accepted. After this period, only applications for certification of equipment under RSS-125, issue 3, will be accepted. Equipment manufactured, imported, distributed, leased, offered for sale, or sold in Canada must comply with this present issue.