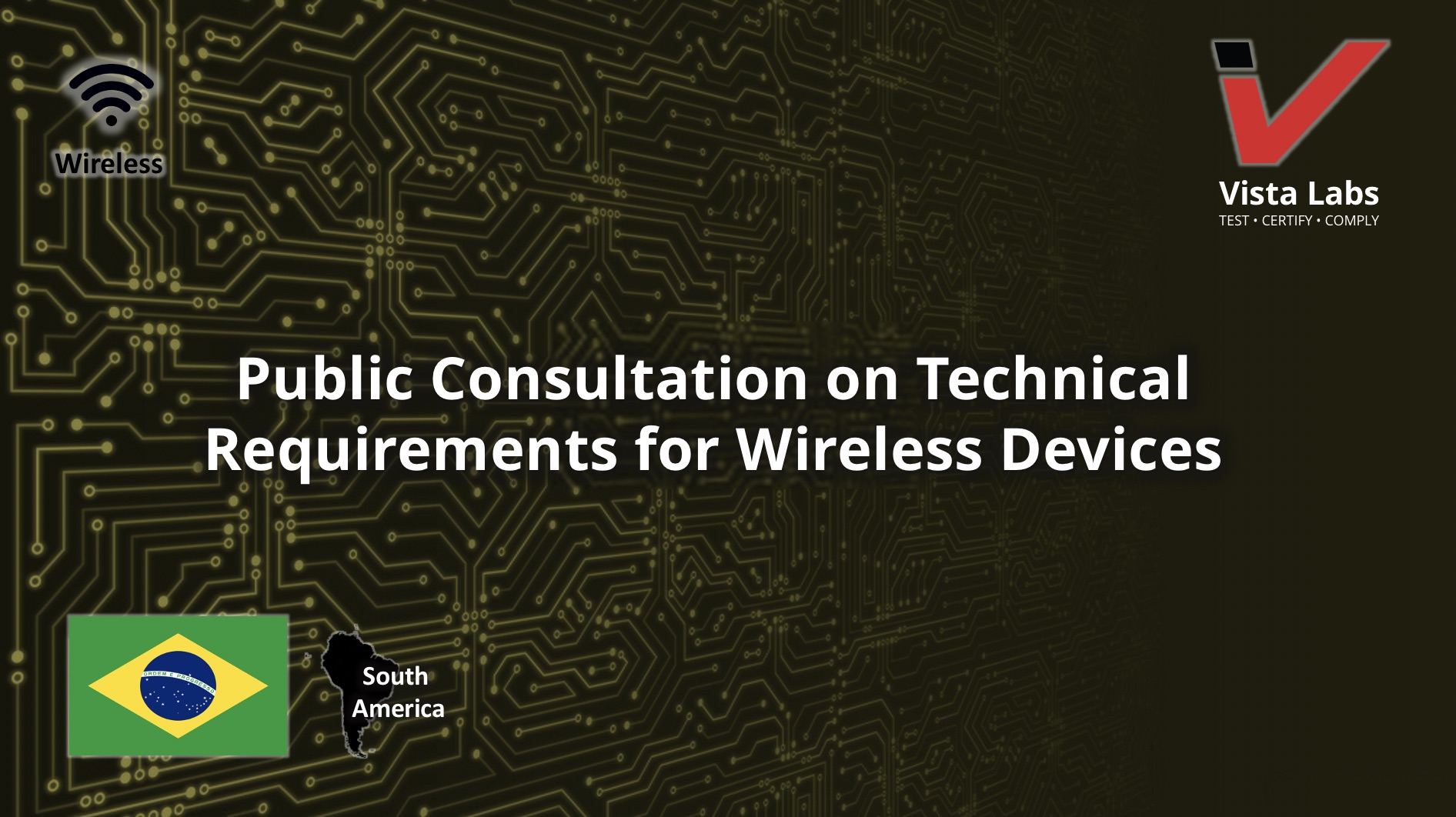 The National Telecommunications Agency (ANATEL) of Brazil released the Public consultation n.º 54/2020 in order to update the Act 14448 on restricted radiation equipment.

Act 14448 defines the technical requirements for assessing the conformity assessment of restricted radiation equipment. It is the ANATEL standard where the limits and conditions for many wireless devices, such as WIFI, BT, RFID, UWB, and SRD, are defined.

This document includes what ANATEL intends to include and change in the current rules. The public consulting will continue until August 23, 2020, and is open for any Brazilian wanting to send comments using the ANATEL system. ANATEL will evaluate the comments and publish the final document. The date of publication is unknown and will depend on the amount of contributions.

Below are the main topics described in the public consultation:

ANATEL did not include any information for WiFi 6E technology.