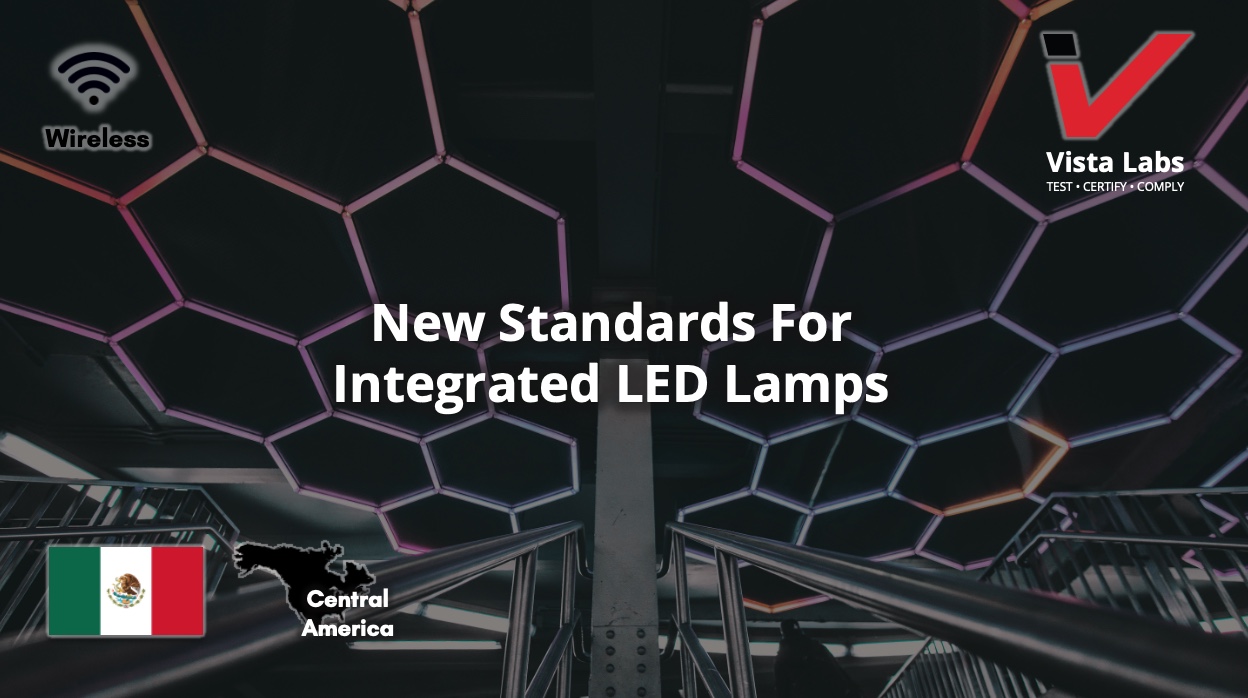 In Mexico, there has been a declaration of validity of the Mexican Standard NMX-I-J-324-NYCE-ANCE-2022 for Lighting-Integrated Light Emitting Diode Lamps (LED) for general lighting-safety requirements and testing methods. The Ministry of Economy, through the General Directorate of Standards, based on the provisions of articles 34, sections II, XIII and XXXIII of the Organic Law of the Federal Public Administration; 3, section X, 39, sections III and XII, 51-A, 54 and 66, section V of the Federal Law on Metrology and Standardization; 45 and 46 of the Regulations of the Federal Law on Metrology and Standardization; Third and Fourth Transitory of the Decree by which the Quality Infrastructure Law is issued and the Federal Law on Metrology and Standardization is repealed and; 36, sections I, IX and XII of the Internal Regulations of the Ministry of Economy, publishes the Declaration of Validity of the Mexican Standard that is stated below, which has been prepared, approved and published as a Draft Mexican Standard under the responsibility of the National Standardization Organizations called "Standardization and Certification NYCE, S.C." and "Association for Standardization and Certification, A.C." (ANCE), through the Technical Committee for National Standardization of Electronics and Information and Communication Technologies (COTENNETIC) and the Committee for Standardization of the Association and Certification, A.C. (CONANCE), which is done to the knowledge of producers, distributors, consumers and the general public.

This Mexican Standard establishes the safety and interchangeability requirements, as well as the test methods and conditions that are required to show compliance of integrated (LED) lamps, which are intended for residential applications and for similar general lighting purposes, with:

This Mexican Standard contains the test methods for:

Which are not considered in the International Standard and are essential to verify compliance of LED lamps with the test methods of this Mexican Standard.

Here is the link of the official requirements.